Croatian emigrants on board ship heading for Canada, 1923. According to estimates, the Croatian diaspora, from Europe across North and South America to Australia, comprises over two and a half million people.

Among European countries, Croatia has one of the most marked and longest traditions of emigration. The first great waves of emigration began as far back as the 15th century, due to the Ottoman threat from the southeast. The results of such emigrations are the present-day Croatian national minorities in Austria, Hungary, Slovakia and Italy.

The next major trends were European overseas migrations in the second half of the 19th century and particularly at the turn of the 20th century. Croats migrated in large numbers to North and South America, Australia, New Zealand and the Republic of South Africa. Most of them were young people with no expert qualifications, and on arrival in their host countries, they mostly took labouring jobs. The first generation of émigrés sent regular assistance home to their families. They only succeeded in moving up the social ladder in the second generation, i.e. those born abroad.

In addition to providing help in resolving everyday émigré problems, these societies played a crucial role in preserving national awareness, and in critical moments, provided material and political assistance for their homeland. The best known, largest Croatian émigré organisation is the Hrvatska Bratska Zajednica (Croatian Fraternal Union) in North America. Catholic parishes have also been traditionally important in preserving national identity, of which the oldest is St. Nicholas’ in Pittsburgh, founded in 1894.

Emigration continued after the First World War, to a lesser degree, then increased again after the Second World War, when it was prompted by political reasons, whether the desire of Croatian members of the political forces defeated in the war to emigrate, fear of the Communist regime, or the relocation of ethnic groups due to border changes (Italians who opted to leave Istria, Rijeka and Zadar, and the forced exile of Germans from Slavonia).

Politically motivated emigration continued in the post-war decades, while during the 1960s, many Croats went to work in Australia, Canada and Western European countries, particularly Germany, Austria, France, Switzerland and Sweden (they were known as Gastarbeiter, or guest workers). After the Croatian Spring and the represion that followed it in 1972, a new wave of political emigration occured.

Emigration has not halted, even since the establishment of the Croatian state. Émigrés today are mostly young, educated people, and emigration has taken on the characteristics of a ‘brain drain’. A particular, specific type of emigration occurred after the Homeland War, when the Serb population fled to Serbia and Bosnia and Herzegovina, mostly in 1995, after the liberation operation of the Croatian Army. Only a small proportion of them have since returned to Croatia.

According to estimates, there are more than two and half million people in the Croatian diaspora worldwide, counting original émigrés and their descendants, of whom it can be assumed that they have retained a feeling of connection with Croatia. When compared with the population of Croatia, this is an exceptionally large number.

All periods of emigration have been marked by a desire on the part of most émigrés to maintain their links with their homeland, and a small proportion of them have been moved by an awareness of the temporariness of living abroad to return to Croatia. The skills and working habits they have acquired, and the capital they bring with them, mean that Croatian émigrés play an important role in the overall life of the country. 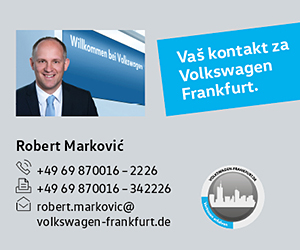